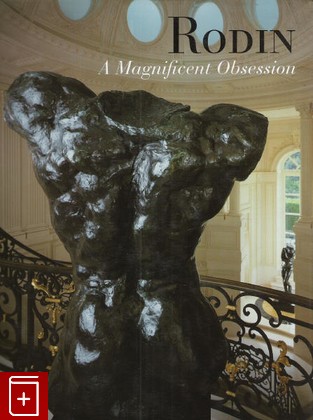 Роден. The work of the master French sculptor Auguste Rodin (1840-1917) is instantly recognizable throughout the world. This is due in no small part to the proselytizing efforts of B. Gerald Cantor (1916-1996), widely acknowledged as the preeminent collector and proponent of Rodin in America during the second half of the twentieth century. He purchased his first piece, a bronze of The Hand of God, in 1946, after being profoundly moved by seeing a marble version of it at the Metropolitan Museum of Art, New York. For five decades, Cantor focused all of his efforts on researching and acquiring works by Rodin. Joined by his wife, Iris, in 1977, they built the largest and most comprehensive private collection of Rodin sculpture, drawings, prints, photographs, and memorabilia. Of the approximately 750 works that the Cantors collected, including casts of each of Rodin's major monuments, The Monument to Balzac, The Gates of Hell, The Burghers of Calais and The Monument to Victor Hugo, 450 have