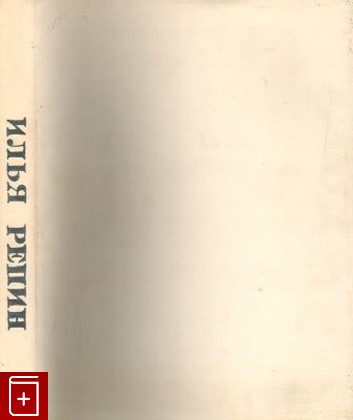 Альбом на английском языке. Ilya Repin enjoyed more fame and recognition during his lifetime than any other Russian artist in the nineteenth century. In the opinion of the more progressive elements of Russian society, Repin's position in the world of pictorial art was comparable to that of Leo Tolstoy in the world of letters. It is certainly true that for 25 years every new picture by Repin was awaited with bated breath, and the publication of his essays, especially those written at the turn of the century, always caused a stir in the cultural life of the country.

Acutely aware of the social problems of his day and in tune with the restless spirit of the times, Repin produced works that contained all the essential features of late nineteenth-century Russian realism, helping Russian representational art to play a significant role in the history of European culture. Even early on in the artist's career his pictures attracted the attention of art critics at international exhibitions