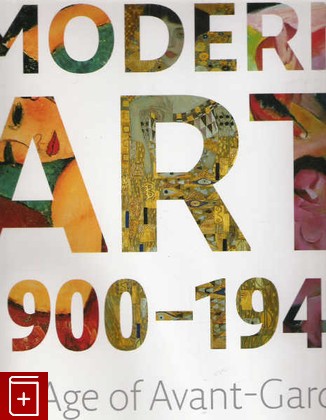 While every century has had artists who rebelled, refusing to go along with traditional teaching, what happened during the early years of the 20th century was something far more serious - a rebellion of artists so vast and radical that it called into question the basic principles that until then had determined how art was made and used. Today's art historians refer to those years as the age of the avant-gardes, and in truth, nothing in the world of art has been the same since.All the major artists of the period are covered, from Picasso to Hopper, Klee and Klimt to Kandinsky, Matisse and Dali, John Ford to Fritz Lang. The artists, historical events, and masterpieces interweave in a story that leads to the threshold of World War II, when once again the horizons of art were overturned.Filled cover to cover with lush color images, Modern Art is an important document of the first half of 20th-century art. Each chapter is composed of an introductory text followed by a wealth of beautiful images of the most important works with in-depth descriptions. The book also includes biographies of all the painters cited, an essential tool for understanding the great artistic personalities of the age of avant-gardes.