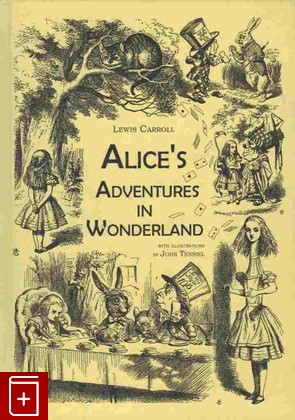 Sir John Tenniel was an English illustrator, graphic humourist and political cartoonist whose work was prominent during the second half of the 19th century. Tenniel was knighted by Victoria for his artistic achievements in 1893. With knighthood, Tenniel elevated the social status of the black and white illustrator, and sparked a new sense of recognition of and occupational honour to his lifelong profession. Tenniel is most noted for two major accomplishments: he was the principal political cartoonist for Britain’s Punch magazine for over 50 years, and he was the artist who illustrated Lewis Carroll’s Alice’s Adventures in Wonderland and Through the Looking-Glass.