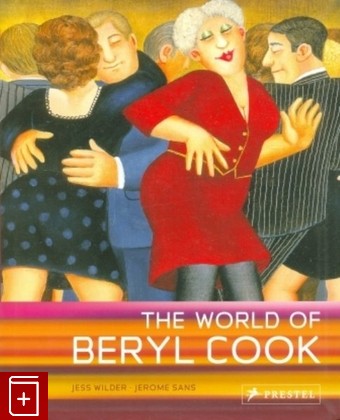 Famously self-taught Beryl Cook is celebrated for her paintings of ordinary people going about their daily activities. For over forty years her work has captured moments of social history to create a unique record of British life. She pictures girls on a hen night, in the disco, or shopping at the mall; sailors on shore leave; men at the pub, watching strippers, or at weekend sporting fixtures. More recently her work has taken in foreign locations such as Paris, Barcelona, New York, Buenos Aires, and Las Vegas, where Cook's eye for the simple pleasures in life finds charming and revealing vignettes in the most unlikely places.A perceptive chronicle of life in the second half of the twentieth century, Cook's work shows the influence of compositions by Stanley Spencer while thematically, like Edward Burra, her scenes often portray those on the margins of society. Cook has, however, developed her own unique style, creating a universe which is immediately recognizable and beloved by her millions of fans. Cook was made an OBE in 1995 and once again lives in Plymouth, where she found the inspiration for her first paintings over forty years ago.